I would like to start off this post by thanking you all for reading my ramblings and getting me up too and past 2000 hits. It is much appreciated and hopefully it continues

There is also a special mention for what is probably the worlds greatest breakthrough in my lifetime to date. Katie saw sense and dumped Tom Cruise (sorry Hollywood aka The doorman formally known as Diamond Dave)

Seriously though, The Higgs Boson (the God particle) was 97% confirmed this week. That means we are only 3% away from finding out the meaning of life!! I thought Monty Python already covered that!! So for all the practical people out there this is an amazing breakthrough in modern science. As for all the religious people out there, don't worry, God made it anyway!! (Please pick appropriate God)

I last left off smoking the Arturo Fuentes Hemingway Work of Art. It was a great little cigar and very much surprised me. The Hemingway line of A. Fuente cigars are all figarodos and there is a great selection. Luckily the Decent Cigar Emporium has recently got almost the full range in stock so I will hopefully pick up some more before they are all gone!

The WOA was to be my last cigar of the week.

I have dusted off the old football (soccer for the US readers) boots and come out of retirement!! A friend of mine has recently set up a new team called South William St Celtic FC and he needed a reliable center back. I don't think he realised, or me for that fact, how really unfit I am. I briefly touched on this in my last post, however it was all a bit of fun back then.

After years of floating through life on a day to day basis I now have a schedule!! Football training on Monday and Wednesday. Gym on Tuesday and Thursday. I work Friday, Saturday and every second Sunday. Its tough going at the moment. Every part of my body hurts!!

That being said I though I deserved a few drinks and a Cigar after work on Sunday. The Mrs and her mother were at the Snow Patrol Concert in Phoenix park so after work I strolled over to the Morgan Bar. There were a few of the staff from work already there. I brought a Trinidad Fundadores for myself and a PDR Seleccion Reserva for Mr.Heineken aka Bic Bic.

I love the Fundadores and I have never had a bad one. Its a Laguito vitola, a long but thin cigar, not a favorite of many these days when Robustos and other larger ring gauges seem to be in fashion. From the opening to the finish it is fantastic. I was in company and having a few drinks so didn't pay much attention to the cigar (always a good sign for me if I don't need too) however I couldn't help but notice the strong tea leaf flavour that was predominant. I don't drink tea, I actually hate the taste, however it seems to work in a cigar!!

With the new week I was back to football on Monday and a hard session in the Gym on Tuesday. Tuesday night I decided to smoke another cigar. My humidor is very bare looking these days. From two full humidors, my collection is now depleted to one empty humidor and six sticks in the other. Three of them I am saving and want to enjoy. As for the other three....

One of them was the Famous VSL Honduras. I don't like to knock Cigars because what I may not like might be another person favourite, however my advice for the aforementioned cigar, If you don't have them, don't try them, If you have them, throw them away. I think having no Cigar would have been better than a bad cigar.

Lucky for me, I was woke up by the buzzer to the apartment this morning. I though it was my alarm and anyone who knows me will tell you that, for me, alarms don't work. Somehow I came to my senses and jumped out of bed. I made it down to the door just in time to catch the post man driving away. He saw me, stopped, laughed and then handed me a box which I duly signed for.

To my delight is was a 4 pack CAO sampler sent to me from @Cigar_G . I have been trying to help him build his Twitter followers and every time he reaches a landmark he gives away free Cigars. I was the first winner. So get following him and the next winner could be you.

That brings me on nicely to my next topic. Twitter, Facebook and the BOTL (Brother of the Leaf). I have never come across a more generous, genuine, eager to help group of people. We talk about our love of cigars, which is our favourite, new releases etc.. If a BOTL really likes a cigar he wants everyone to share that experience. If you cant pick up that cigar locally or online, more than often he/she will do what they can to send you one. They dont look for anything back, just that you tell your experience of their favourite cigar.

Cigar Giveaways also seem to be an almost every day occurrence on Twitter. Someone may want to reach a certain amount of followers, other may want you to ReTweet something. If you love cigars and are on Twitter follow me @CigarDoorman and I will do all I can introduce you to the generous world of the BOTL.

As for myself, I will be doing two separate Cigar giveaways very soon. Once my Twitter follows reach 5000 and when my Facebook page gets 200 likes. So get following and liking people. 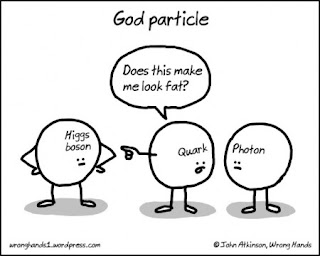 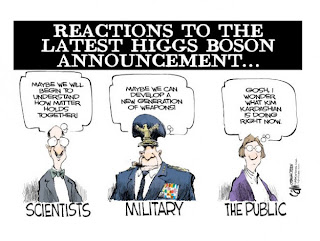